On the 4th of July, nearly a month ago, I awoke after a busy wedding the day before, a bit tired and sore per my usual on a post wedding day….but with an overwhelmingly excited spirit! I just had a feeling….a feeling that I might be PREGNANT! After waking Mark, we took the test. The two of us stood over this little pink and white stick and stared at it like we’ve never really stared at anything…like it was about to potentially change the rest of our lives. We kept staring…and staring….and after what felt like an hour, a VERY faint line appeared. A kindof funky, not clear, sort of faded mess of a line. We look at each other….totally confused…it wasn’t exactly the way it played out in our heads….we expected to be crazy excited…but instead we were laughing about how it was totally like us to not even be able to figure out if we were pregnant or not. So, of course, we take another test. This time….the line showed up in like .2 seconds. We both look at each other in shock and total excitement. It’s funny how you can be so hoping and expecting for something…but then when you actually see it….you are in shock and disbelief! HA! So, then we do the usual back and forth of one was practically negative, one was positive…WHAT does that mean? So, yes…a third test is in order! And sure enough, the third one was POSITIVE…and so it’s TRUE! I’m PREGNANT!!!! We are thrilled and feeling beyond blessed (and glad that people will stop asking us if we’ll ever have kids after nearly 7 years of marriage!)!! We decided to wait until our first appointment to share the news because I’m crazy and I just didn’t feel like it was 100% legit until the Doctor told us it was…and she did just that yesterday at our first visit! ha! We got to see our little peanut for the first time and hear/see the heartbeat! It was just awesome and totally amazing!! I am official 9 weeks tomorrow and due on March 13th!!! So, again, I apologize for being behind on practically everything but between the move, the temp living and then days of endless nausea and overwhelming exhaustion…I’ve just been doing the best I can! 🙂 So…meet our sweet little baby!!! It’s fair to say that we couldn’t be more in love with this little fuzzy grey peanut!!! (it’s upside down…..head is at the bottom, the hands are the bumpout in the middle on the left and the feet at the very top) 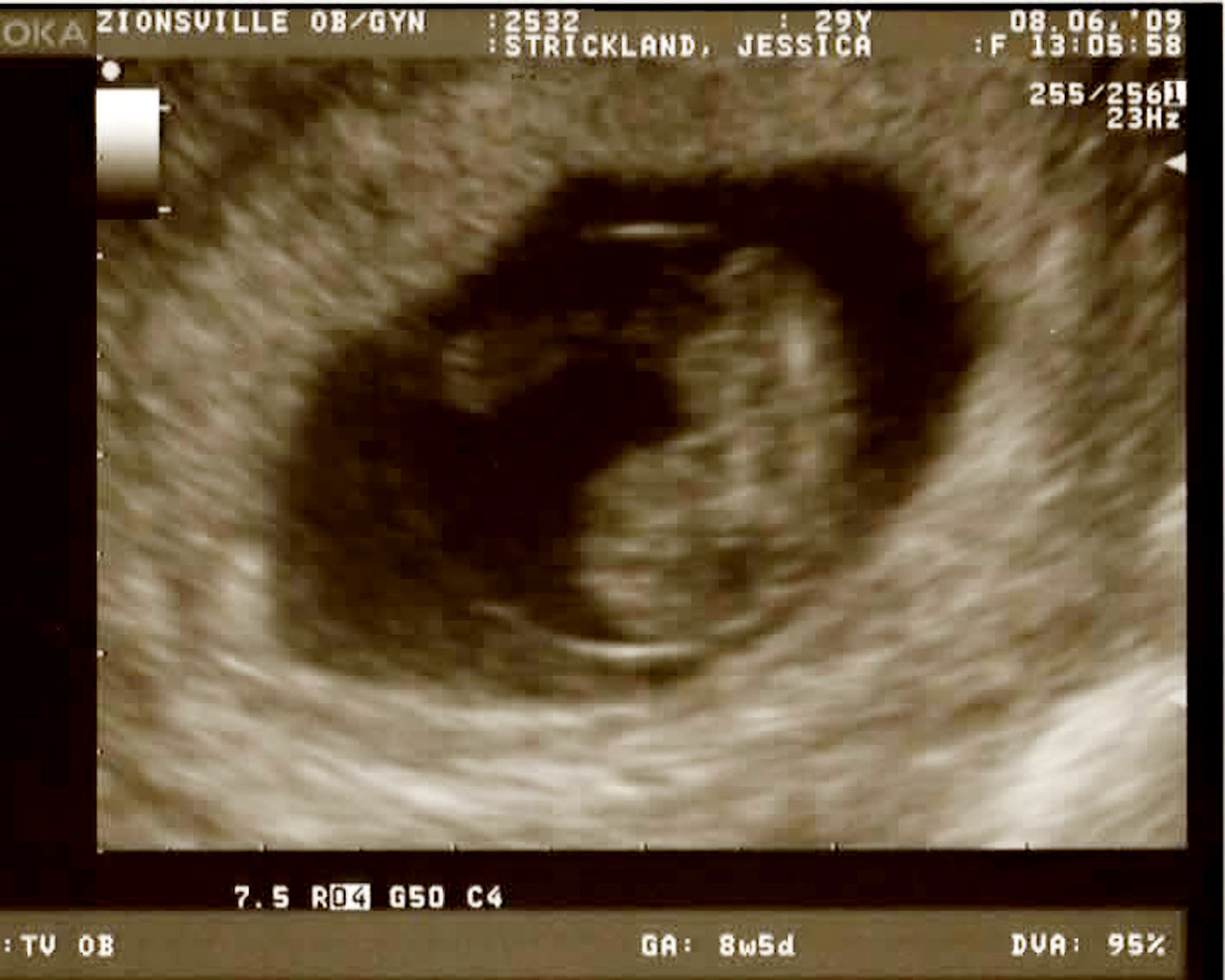 40 responses to “THE HAPPIEST DAY”